Yuneŝit'in is one of six member communities that comprise the Tŝilhqot'in Nation. Tŝilhqot'in traditional territory is located in the central interior of B.C. and is characterized by a warm, dry climate. Combined with the relatively isolated location, this makes ­­the Nation and its communities particularly vulnerable to wildfires.

In 2017, an unprecedented wildfire season in B.C. burned 1.2 million hectares—63 percent of which were in Tŝilhqot'in territory—and resulted in the longest state of emergency in the province’s history. In response, the Tŝilhqot'in Nation Government produced “The Fires Awakened Us”, a Report and Action Plan for the emergency preparedness and management of Tŝilhqot'in communities during wildfire season. The report includes more than 30 calls-to-action, one of which is to develop fire-resistant housing and infrastructure. (Note: “The Fires Awakened Us” was produced with collaborations from UBC scholars Dr. Jocelyn Stacey, Peter A. Allard School of Law, and Emma Feltes, Anthropology).

Since 2014 Chief Ross and the Yuneŝit'in government had been exploring the concept of developing forest-to-frame housing entirely within and by the community. This would include harvesting local trees, milling them onsite, and designing and building homes by and for the community. The intention with this initiative is to create housing that adapts to a variety of lifestyles, is relevant to the culture, and addresses recurring indoor air quality issues, including mold, caused by the poor ventilation and circulation systems of existing reserve housing. Chief Ross recognized that the gap in capacity faced by the community to realize this project was in the realm of housing design.

After a failed collaboration with a private partner (that has since dissolved), in late 2016 Chief Ross approached UBC SALA Associate Professor John Bass, who had recently collaborated with the Heiltsuk Nation to create preliminary housing designs in the Heiltsuk Tiny Homes initiative, in the hopes of finding a partner to fill the design gap. Professor Bass reached out to IRSI Associate Director Lerato Chondoma, who facilitated discussions between Chief Ross and a number of potential research partners at UBC.

Bass and Chief Ross had an initial conversation about what a community-driven, iterative process to develop a house would look like, including the need for dialogue in order to ensure that community needs and desires are built into the designs. Based on a mutual understanding and agreement of the basic principles of engagement and approach, the pair agreed to work together. Over the next two plus years, Bass continued a dialogue and developed relationships with Chief Ross and other Yuneŝit'in members, including Elders and the community’s Housing Committee. Pre-engagement included a survey and three visits to community to better understand the landscape, existing housing issues, and housing needs and expectations of members. Also in this timeframe, Bass brought student Marion Gélinas, M.Arch. 2020, on-board at his own cost to develop a number of preliminary designs that could be shown to the community.

In 2019, Professor Bass received two grants to support his work with Yuneŝit'in: the Community-University Engagement Support (CUES) fund and the IC-IMPACTS grant from the Canada-India Research Centre of Excellence. This funding enabled the collaboration to move to an ‘engagement’ stage and an official kick-off meeting was held via zoom on March 31, 2020.

Following the meeting, Bass identified four key project goals and assigned them to teams. The goals were:

Project partners have continued to meet regularly online since the kick-off meeting and are currently working through these steps. 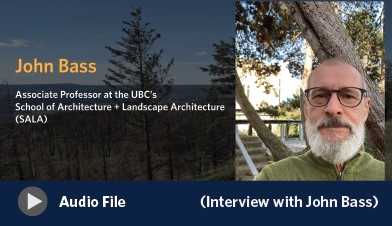 Listen to an interview with John Bass as he discusses design considerations for the project.

The collaboration between UBC SALA and Yuneŝit'in will last two years, with the intended outcome a co-developed design for a prototype home, which can be replicated efficiently by the community. The proposed research framework hopes to address questions including what health-related problems are linked to wildfires in the community, how ventilation, air filtration and monitoring (or other) instruments can address these problems and how fire- and mold-resistant building materials address these health and wildfire concerns. Additional consideration will be given to how to best use Yuneŝit'in’s timber and mill resources to produce building material for house construction and building trade skills in community members.

Part of the Tŝilhqot'in Nation’s overall housing strategy, the Yuneŝit'in Wildfire Housing project is expected to provide a model and forge a path forward for the rest of the Nation. Ultimately, the shared goal of Yuneŝit'in and the Tŝilhqot'in Nation is to have the capacity to develop its own housing designs and meet community housing needs entirely self-sufficiently.

In the project's pre-engagement stage, IRSI provided introductions between community and a number of potential research partners and suggested and made introductions to potential implementation partners. As the community chose partners for the project, IRSI provided facilitation support and maintained overall project continuity, allowing for the building of sustained relationships between multiple project partners, both within and external to UBC.

In addition to providing ongoing project facilitation and support, IRSI led the development of a Project Charter that will guide and shape the activities of project partners. The Project Charter was approved by partners in July 2020. 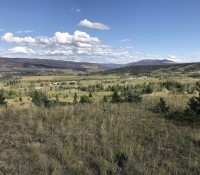 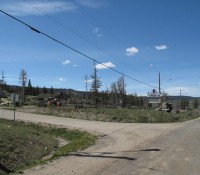 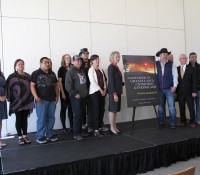 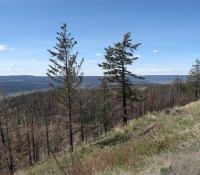 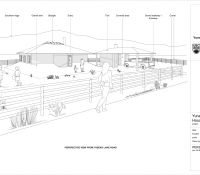 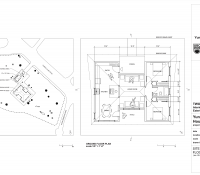 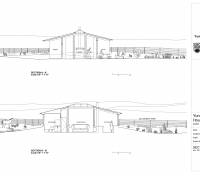 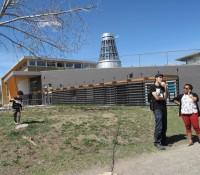